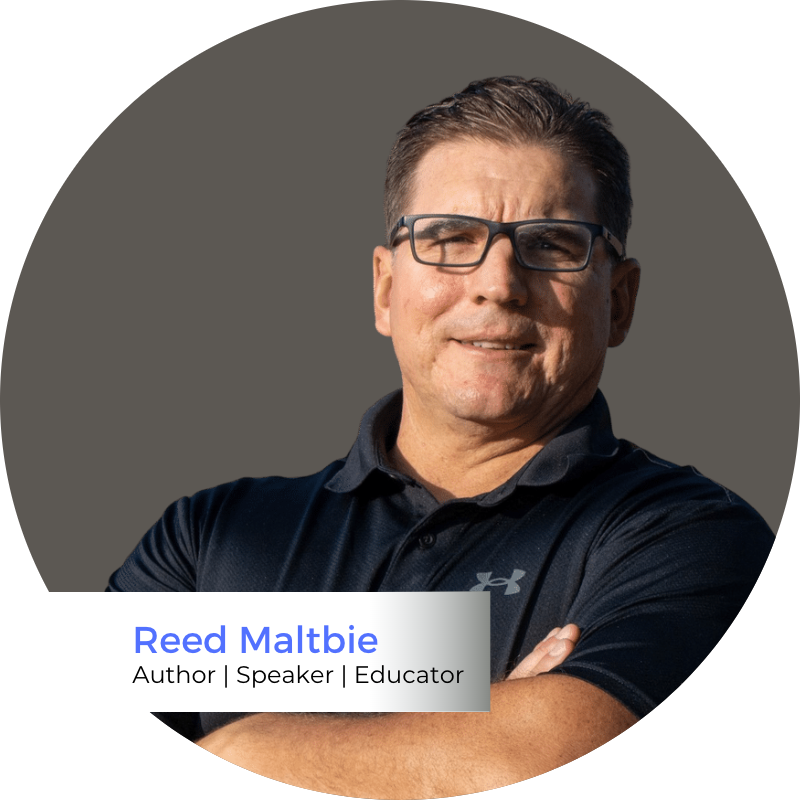 Leveraging two master’s degrees—in sports psychology and early childhood development—and thirty years of professional coaching experience, “Coach Reed” Maltbie has dedicated his life to creating the best environments for athletes of all ages to achieve peak performance, on and off the sports field. Coach Reed has implemented training programs with all types of sports organizations—Gaelic Games Association, US Sailing, USA Hockey, USA Swimming, Ontario Volleyball, US Olympic and Paralympic Committee, Soccer Canada, and PGA of Canada, to name a few. As a former Division I athlete, Coach Reed is no stranger to the impact of language in eliciting peak performance.

He shared his own experience with the power of words in his 2015 TEDx Talk, “Echoes Beyond the Game,” and has contributed educational content to hundreds of media outlets, such as The Huffington Post, NBC Sports Engine, ESPN Radio, and Sirius XM FC shows, “Coaching Academy” and “Beyond the Pitch.” A seasoned public speaker and motivator, Reed has also published multiple coaching resources, including a chapter in the textbook, Youth Sports in America, and the coaching program and tool cards, Positive Discipline Tools for Coaches, which was released in three languages.

The essential work he has done through keynotes, workshops, webinars, and courses in the sports space has supported hundreds of thousands of athletes and tens of thousands of coaches on five continents. Today, he resides in San Diego, California, with his wife and three kids, where he continues to serve the sports community while developing programs that help everyday competitors unlock peak performance in their respective fields through his new venture: Everyday Excellence.